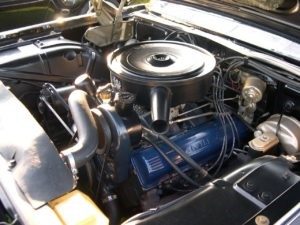 The goal of the project is to build an all-electric Cadillac that performs the same as or better than the original car. The original is not a muscle-car, but it had a large V8 engine at 390 cubic inch/6.4 litre and (if you didn’t mind the maelstrom in the tank) would get the car off the line ok-quick. The Chevrolet Impala that year, the normal-normal car of the time, had 235 ci/3.9 litres, so the Cadillac V8 really did rank up there for performance.

Factor #1 was top speed, and lining up the cruising speed with optimum efficiency.

The electric motor I picked is a Siemens Azure AC motor, and it’s optimum efficiency is around 5,500 to 6,000 rpm. That means I need a piece between the motor and the differential to take 5,500 motor-RPM’s and turn them into 2,650 drive-shaft RMP’s. That’s a 2.1 to 1 reduction. Finding that kind of gear box turned out to be a lot harder than I figured, but I finally came across a 1.94 to 1 from TorqueBox. With that, 2,650 RPM needed at the differential turns into 5,140 rpm out of the motor, which means I get optimal efficiency around 80 mph. Close enough to make this work.

To get the motor-rpm’s in line and to avoid using the original transmission, I have installed a TorqueBox 2:1 reduction gear. 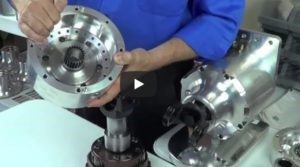 With the Siemens motor, the Torquebox gear-unit and the standard differential, 5,500 motor-rpm is around 75 mph / 6,000 rpm is around 83 mph. The motor will go to 9,000 rpm and that would be 120+ mph. That’s about where the original speedometer pegs out (and the original engine would get the car there without hesitation), so it all lines up…

The staying-power of the motor is is more or less equivalent to the horse-power rating of the motor. There’s other factors, I’m sure people will point out that this is an over-simplification and that “it depends”, but to figure out whether the project was “impossible” or not, this gets close enough. I know that torque is as big a factor in this as horse-power is, so I’ll cover that in the next section.

The original engine produced around 320 horses at peak and around 125 horses at 2,000 engine-RPM, so that is the first factor I tried to match.

The Siemens Azure motors from the bankruptcy of the Transit-van project are very elegant motors, they have built-in water cooling, and they can handle enough electrical power to yield app. 140 hp at peak/for a short time, and 50-or-so continuously. 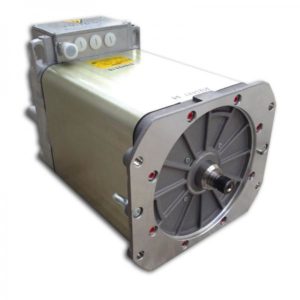 To match the original horse-power, I have taken two Siemens motors and joined them into a Siamese-twin setup. That should produce 280+ peak hp’s, so within 15% of the original engine and a little over 100 under normal use. I have never had to floor the original that hard (to 90% of it’s red line) for pretty much any driving condition, and the car was very responsive to me pressing the gas-pedal, so I believe this will be plenty. 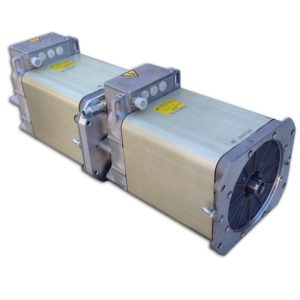 The torque-part is a little more complex because the original gas engine/transmission setup had a 4-speed gearbox while the new setup has a fixed gear-ratio.

Going through the gears on the gas engine/transmission shows that

The electrical version produces 440 ft.lbs going in with a 2:1 reduction, so 900 ft.lbs coming out. This is pretty much across all rpm’s going into the differential. That means that

This should mean that I can floor the electrical motors without snapping the drive-shafts in half, because the max torque of the EV setup is 15% less than what the original could do, but I can more than keep up with the gas-version in overall handling once we’re off the line.

The fixed reduction-gear that replaces the transmission means that there is no power-loss in a torque-converter/clutch, i.e. motor power is pretty much 100% transferred into wheel-power (the original loses 20%+ of its generated power in the transmission, the clutch, the torque-converter etc). This is part of why I think I can improve on the horrible fuel-efficiency from back in the day, and it makes the last 15% “loss”/deficit against the gas-engine in 1st gear almost neutral, but the first test-drive will have to confirm that.

The fixed reduction-gear also comes with one cool feature: the car can go backwards as fast as it can go forwards. I’m not sure when this would come in handy, but it would be something. The original car always applied it’s 4:1 reduction while in reverse, so I have limited the car’s reverse speed to 1/4 of  forwards-speed, just to avoid glitches and to make life easier on people who guest-drive the car. It’s probably over-engineered that way, but it made me feel better…

All in all, if I can get the EV version to perform even close to these performance numbers, I’ll claim that this project has met its expectations around better-than-original performance… 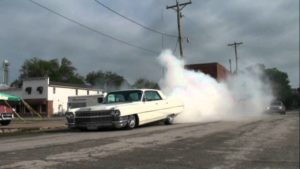